The Institute for Women in Trades, Technology & Science is proud to recognize the educators who have been inducted into the WomenTech Hall of Fame for successfully increasing the recruitment and retention of female students in their STEM courses. The dedicated educators featured here have all attended the WomenTech Educators Training, implemented the strategies they learned, and achieved measurable results.

The following educators and teams have been inducted into the WomenTech Hall of Fame: 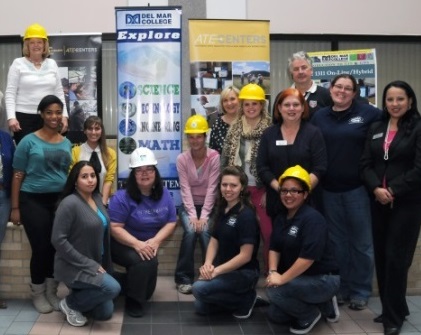 Barbara DuFrain, an associate professor in Computer Science, Engineering and Advanced Technology (CSE& AT) at Del Mar College, TX, used the strategies she learned in a WomenTech Educators Training to increase the completion rate of female students from a baseline of zero to 86% and male retention from 70% to 93% in her required introductory programming courses. Professor DuFrain also implemented a "Smart Wonderful Women" outreach campaign and saw a 62% increase in female recruitment in those same programming courses.

Learn more about how Barbara DuFrain increased the number of female students enrolling in and completing her introductory programming courses: 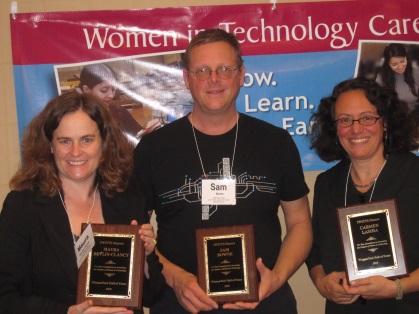 CCSF was the first community college to partner with IWITTS's NSF-funded CalWomenTech Project to receive the WomenTech Educators Training, which helped them to increase the number of women in targeted technology courses. CCSF's CalWomenTech Leadership Team of key instructors, counselors, public relations staff, and administrators worked together to increase the recruitment of female students in a Computer Networking and IT (CNIT) program from 18% to a high of 30% in 15 months and increase the retention of both female and male students. Female retention went from a baseline of 64% to 79% -- an increase of 23%.

Learn more about the strategies CCSF implemented to increase the recruitment and retention of female students in targeted CNIT courses:

Case Study: Women Increase from 18% to a High of 30% at City College of San Francisco's (CCSF) Computer Networking and Information Technology (CNIT) Program 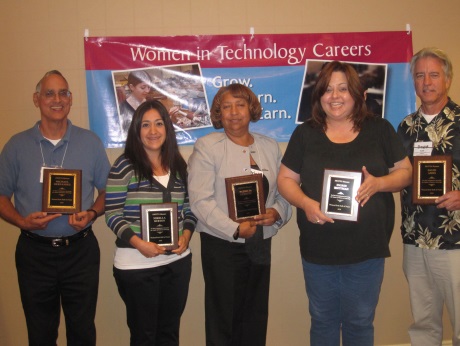 EVC's Automotive Technology program, one of IWITTS's CalWomenTech Project sites, successfully went from a 69% to 100% female completion rate in 6 months with an average rate of 83% over the entire NSF-funded CalWomenTech Project. Male retention rates increased from 65% to 76%. EVC also successfully increased the recruitment of female students in introductory automotive courses by 45%. EVC's Leadership Team of instructors, administrators, outreach staff, and counselors together implemented the recruitment and retention plans they developed during the WomenTech Educators Training.

Read how EVC improved the retention of both female and male students, and improved female recruitment in automotive technology: 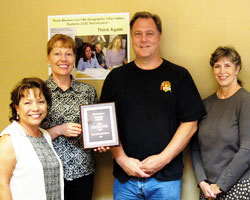 San Diego Mesa College's Leadership Team of educators, administrators, public relations staff, and counselors was the first to be inducted into the WomenTech Hall of Fame in 2009. San Diego Mesa College received the award because they successfully increased the percentage of female students in their targeted Geographic Information Systems (GIS) courses from 35% to 53% in just a year, with an average enrollment rate of 40% over the entire CalWomenTech Project. They also increased female retention from 81% to 100% in a year – averaging out to 89% over the full Project.